I’ve found it harder to write “title worthy” posts recently. I’m not sure the exact origin of this trend. - Perhaps I’m concentrating more on other creative activities that drain that inspirational spark. - Maybe I’m being drained more by work with a more strenuous workload. - Possibly my inspirational diet isn’t as rich as it has been in the past. - or it might just be a little creative burnout. Whatever it is, I’m still going through the creative motions–Learning and getting inspired, doing some common creative activities, sharing items that inspire me. These habits have helped me not worry about the lack of titled posts. After all. I’m still creating–I have many sketchnotes which aren’t for others to see–and I know that the drought will end at some point. Yes, this is a post about writing: A thing I usually hate. In my opinion, it’s much better to create primary source material than commentary on top of commentary. But it’s not criminal to occasionally discuss the frustrations of creating and you can do whatever you want with your blog.

Sidenote, I’m not talking about writers block. I’ve been writing, just none of it was worth sharing on my site.

Newton’s third law of physics states “For every action, there is an equal and opposite reaction.” It’s true of the creative process too.

I’ve noticed a tension present in most creative work. The ideas and projects which are the most exciting and motivating also have the most inertia.

The cause of that drag can be laziness, distractions and self-doubt.

That tension doesn’t feel pleasant, but it’s a telltale sign that a project is a good idea.

You are fine without advice and suggestions - Austin Kleon 🔗

But no, I don’t want to instruct step-by-step how the collages are done, because:

2) I am certain that if curious commenters sat down and tried to approximate my technique with their own tools and materials, they would come up with something of their own.

I have to admit that I often ask people how they did something. Sometimes I try to do it myself before I ask (leading to interesting results) and on other occasions I try to copy to the letter (and often I fail to reproduce it exactly). I wish I could say those failed attempts always lead to some cool, unique style. More often than not they are just lame attempts. Regardless, the process is always fun (with frustration).

In my experience, your stock is best made by collecting, organising and expanding upon your flow. Social media sites function a lot like public notebooks …but the thing about keeping notebooks is that you have to revisit them in order to make the most out of them… once you make sharing part of your daily routine, you’ll notice themes and trends emerge in what you share. You’ll find patterns in your flow. - Show Your Work by Austin Kleon

I like Austin’s approach to stock and flow media. Flow is like the little ideas we chuck out and see how it feels when they’re published.

Maybe nothing happens. Maybe something sticks.

There might be an opportunity to expand upon this idea and turn it into stock or it may inspire more flow. Related, I saw this LinkedIn post from Gary Vaynerchuk (I’ve probably lost some people already but it is worth watching what he is doing) which at first looks like he has the opposite model – He starts with long content (a podcast or vlog?) and then turns it into smaller content. But he is actually doing the same.

His longer content is flow, just ideas from meetings. Then it is refined into more solid content and ideas by his team.

When I was a kid, I struggled a lot with drawing. I’d try to draw a round circle. Put pencil to paper and before I rounded the first corner, I’d know it was no good.

So I’d rub it out and start again. This time the first corner would be good but it would be more oval. And so I’d picked up the eraser again, and again and again.

Soon I’d have a pile of eraser rubbings on the side and even though I had removed all the graphite from the page, a mess of a circle would remain due to the indentation. Frustrated I’d give up or try something else.

I couldn’t accept the reality of my skills not matching the vision in my mind.

I accepted that I was no artists.

I still wish I could draw a perfect circle, or a straight line that doesn’t go up at the end. Maybe one marvelous day I’ll look down with surprise at one of these impossibilities emerging, but I don’t need it to happen anymore. I’m better at accepting these quirks and trying to turn them into something unique.

When the line bends the wrong way, maybe I can use that for something else. When the circle is more squashed in one direction, perhaps the person’s face was always meant to be that odd shape.

This is a lot easier with pen an paper than iPad and pencil™️, The ease of the double tap undo gesture is seductive and less noticeable than the collection of discarded shavings. That’s why I’ve embraces analogue sketching tools more recently (along with the increased screen time from my job).

I still keep drawing circles, and still can’t really get one “right”. But now I leave the previous attempts. These accidents sometimes lead to and idea that couldn’t exist.

I’ve recently become aware of how powerful listening is and how terrible I am at it. It’s shocking the number of times when I ”listen” but am really just waiting to speak.

When I have truly listened and held back from speaking or giving my 2c, the conversation is always more edifying and usually saves time as I don’t say something the other person would have said anyway.

I’m starting to think that developing my listening skills may be one of the most transformative actions I can take.

One of the curious ideas I found in Atomic Habits is that often our environments have a greater impact on us than motivation or character.

There are exceptions, but you will be closes to your countries average (whatever that is).

But this isn’t just on the macro countrywide level, it equally applies to our micro environments such as the office and home. If your shelves are stocked with sweets and chocolate, then you probably won’t eat as healthy as when they are full with fruits and vegetables.

This is where curating friction comes in.

When we curate friction, we are adding or removing friction in areas of our lives to make certain actions easier or more difficult. Here’s some practical examples.
- Placing a paper notebook journal open to today’s date on your bedside table is reducing the friction to journal. - Packing your games console away after you play increases the friction of playing a “quick” game.
- Placing your scale at the end of the bed is a great way to reduce the friction of regularly weighing yourself.
- Uninstalling all the social media apps on your phone is increasing the friction to get stuck scrolling the endless feed.

There are many more examples for different habits and goals and in each case it’s not impossible to do the “wrong” thing. But it’s much more difficult and becomes easier to choose the right thing.

The idea of curating friction as it helps me take more ownership of my environments. Just as an art gallery makes decisions about every item on display include where it is positioned in relationship to the other pieces, so should I take ownership of the friction I create and leave in my life.

I’d love to know what ways you currently curate friction in your life.

In general, I believe iOS users tend to prefer out of the box solutions. It’s the whole model of Apple pricing and technology (certainly in contrast with android which favours customisation, even if it is become more standardised).

I enjoy this approach a lot. Not having to think but instead just use the default option along with its decisions helps me avoid decision fatigue. When I had an android phone, I found myself fiddling, trying to set it up just right.

At the same time, there are clear downsides. These default options have decisions which I don’t like and frequently miss power feature. For a simple example, the Apple podcast app doesn’t have the same queuing and smart speed features of apps like Overcast and Castro.

Apps like drafts and shortcuts are another curiosity to me. I love their power but they are the antithesis of “out of the box” philosophy.

I have certain actions and shortcuts which are really useful, but I also have a selection which are just taking up space, unused. I try to clean up my actions episodically, and have recently been doing just that.

but I still wonder about the friction between out of the box and customisation.

I recently -complained- wrote about when a book should really be a blog post or series (hey there most business books) but sometimes the reverse can happen where expanding upon a short idea provides greater context and value. I was reminded of a great example of this, expand by Garrick van Buren.

The idea of expand was simple, Garrick posted three tweets every day and then at the end of the week he found out which resonated the most and wrote in greater detail about them for his newsletter (which cost money).

To some degree, I try use micro.blog for a similar purpose. Posting content and seeing what resonates with people. There are no favorites, stars or likes so it’s more about comments but also when I see similar themes appear elsewhere.

This post is actually an example. It’s a continuation based on the reaction to the first and on seeing @PatrickRhone mention Garrick.

If you had told me three years ago that ducks would be one of my most photographed subjects…I wouldn’t have believed you. 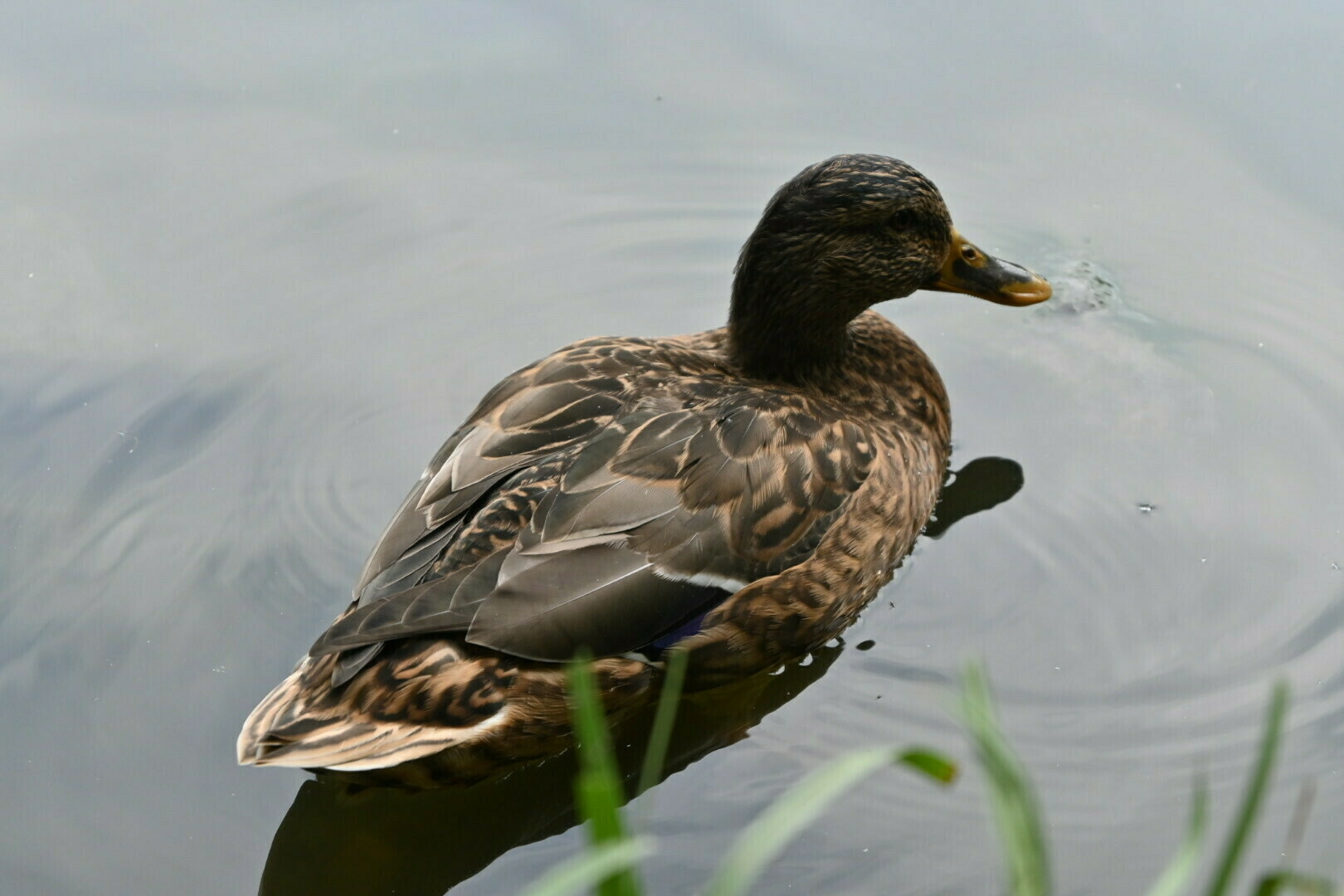 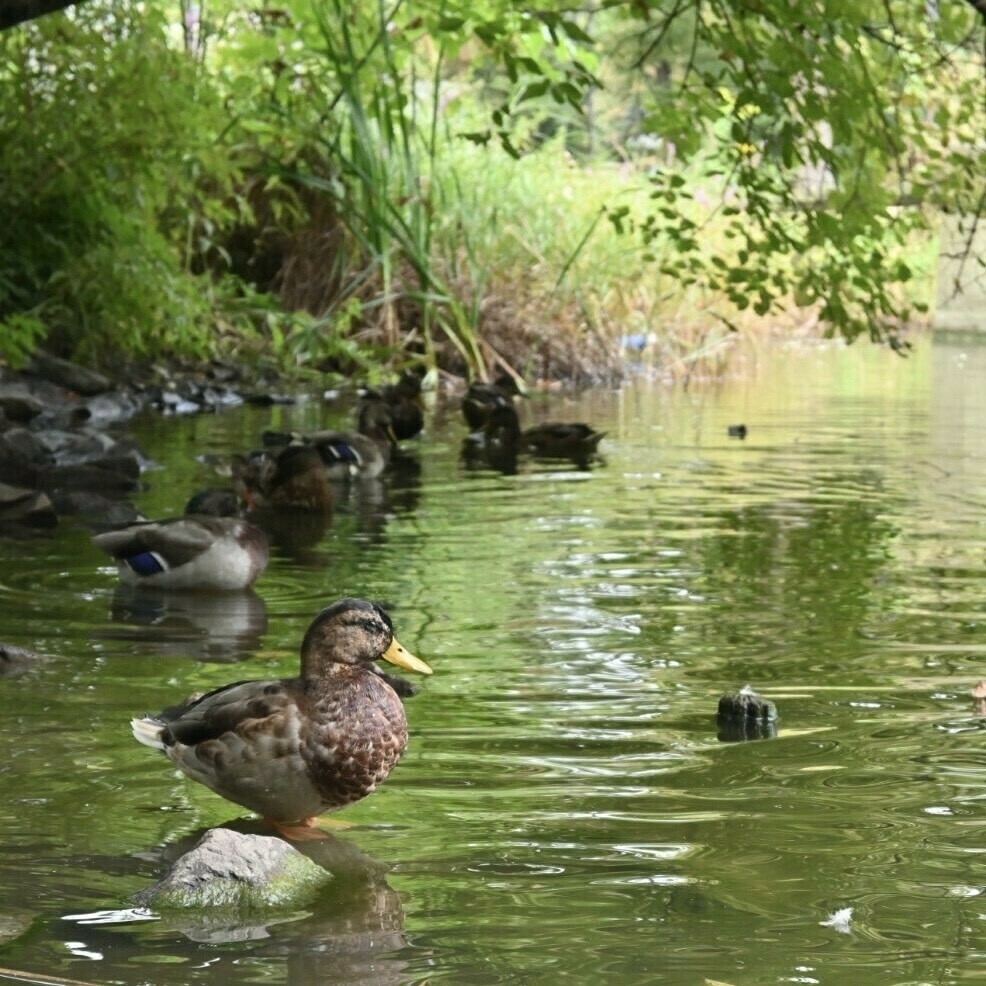 From a walk a couple of weeks back. 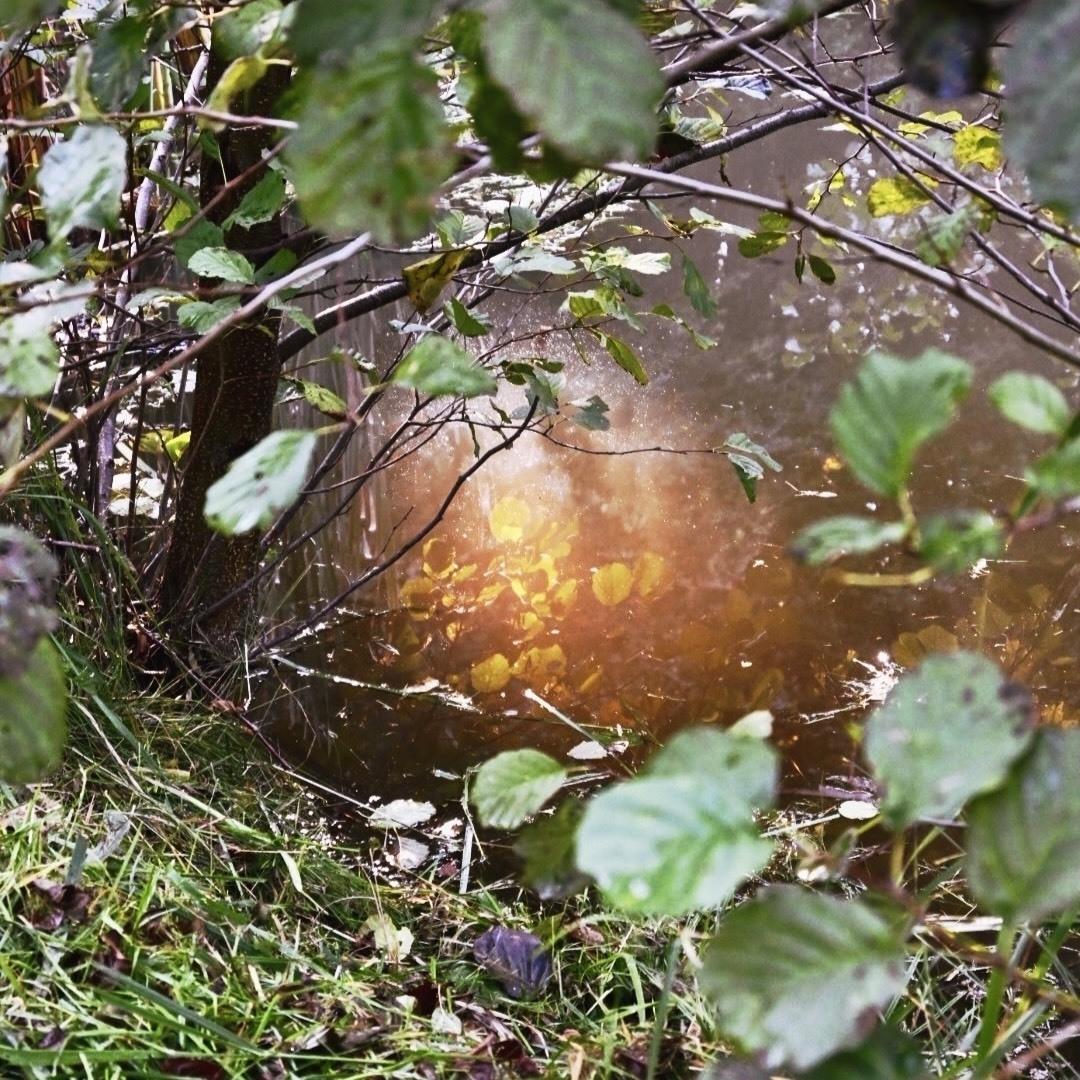 🔗 America Without God — The Atlantic

An article along the “are we replacing religious allegiance/belief with politics?” lines. Catching up on Inktober: suit and vessel 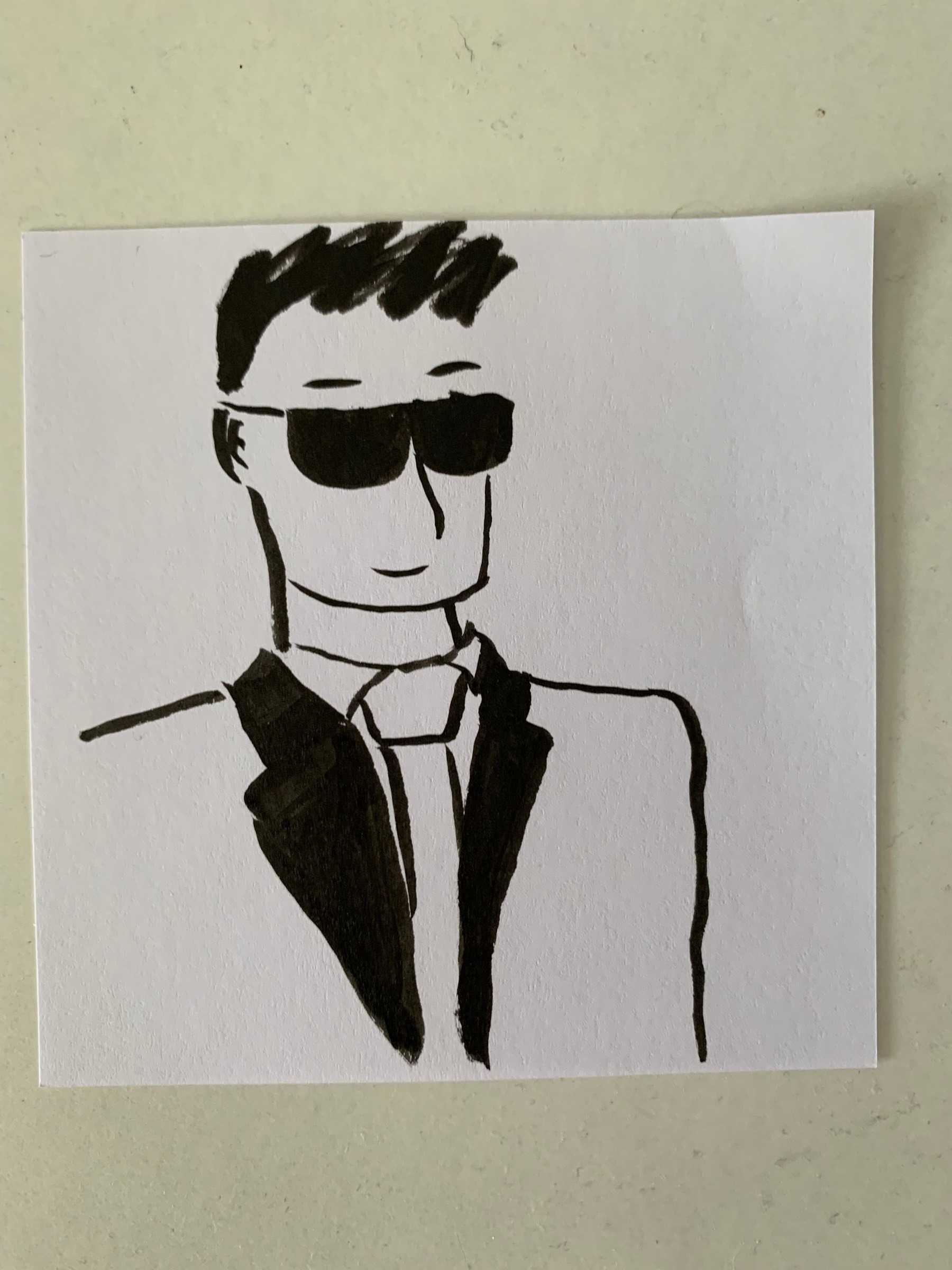 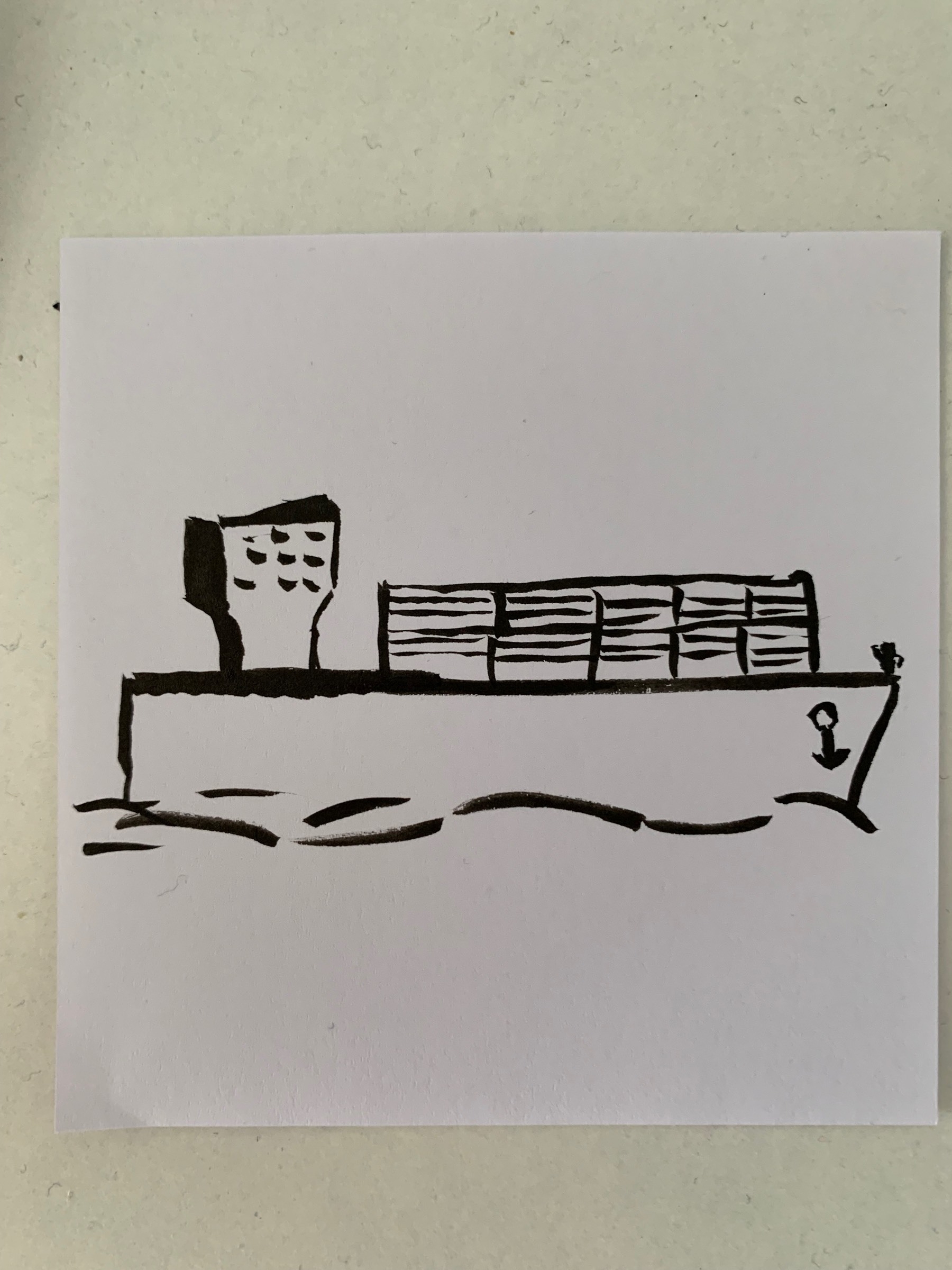 Hum. The phone charger in the car doesn’t seem to be working. I wonder if it’s died? It wasn’t the most expensive. Oh, okay. I see now. 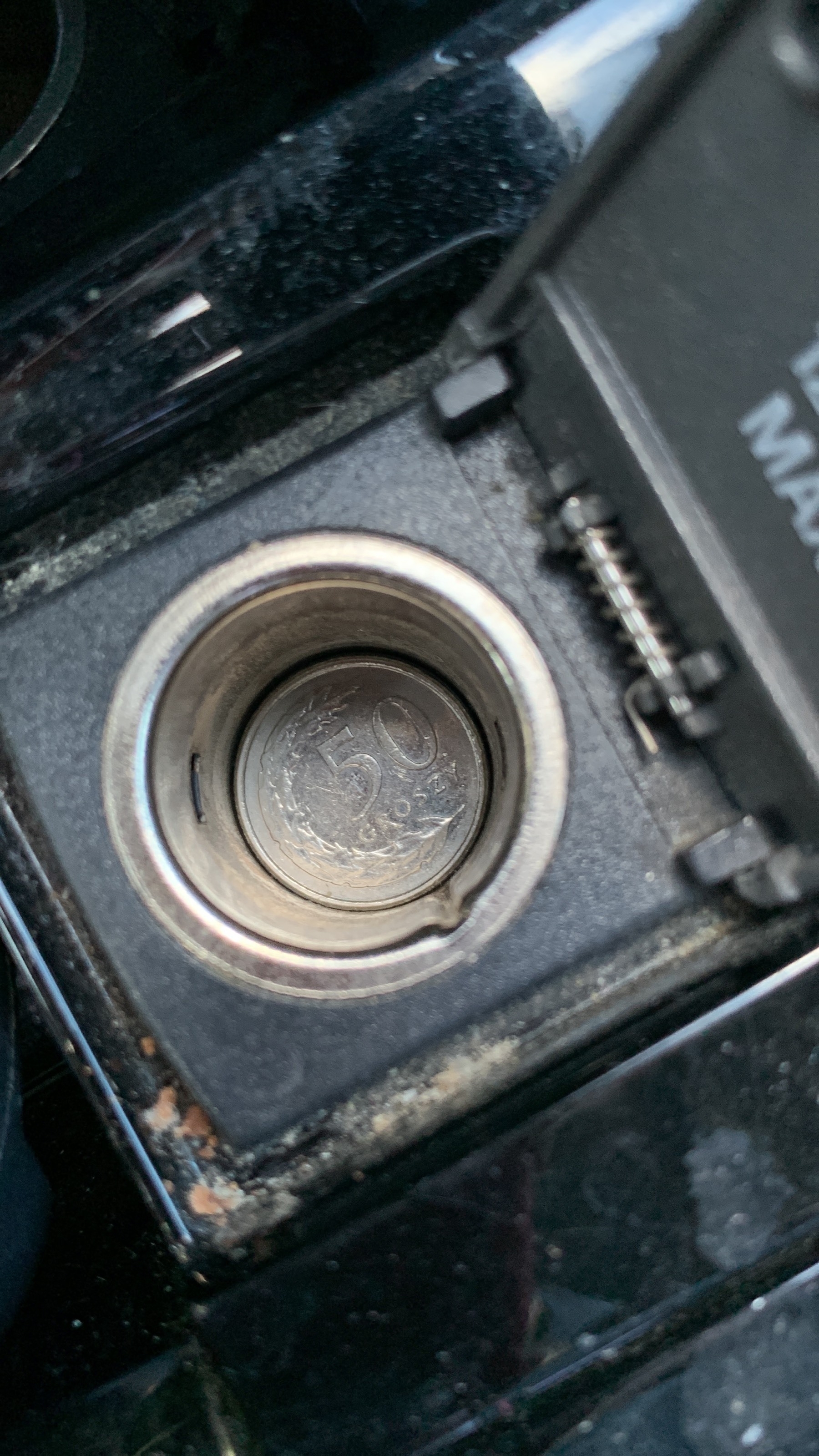 🔗How much is ”too much” social media? - Word from the Bird 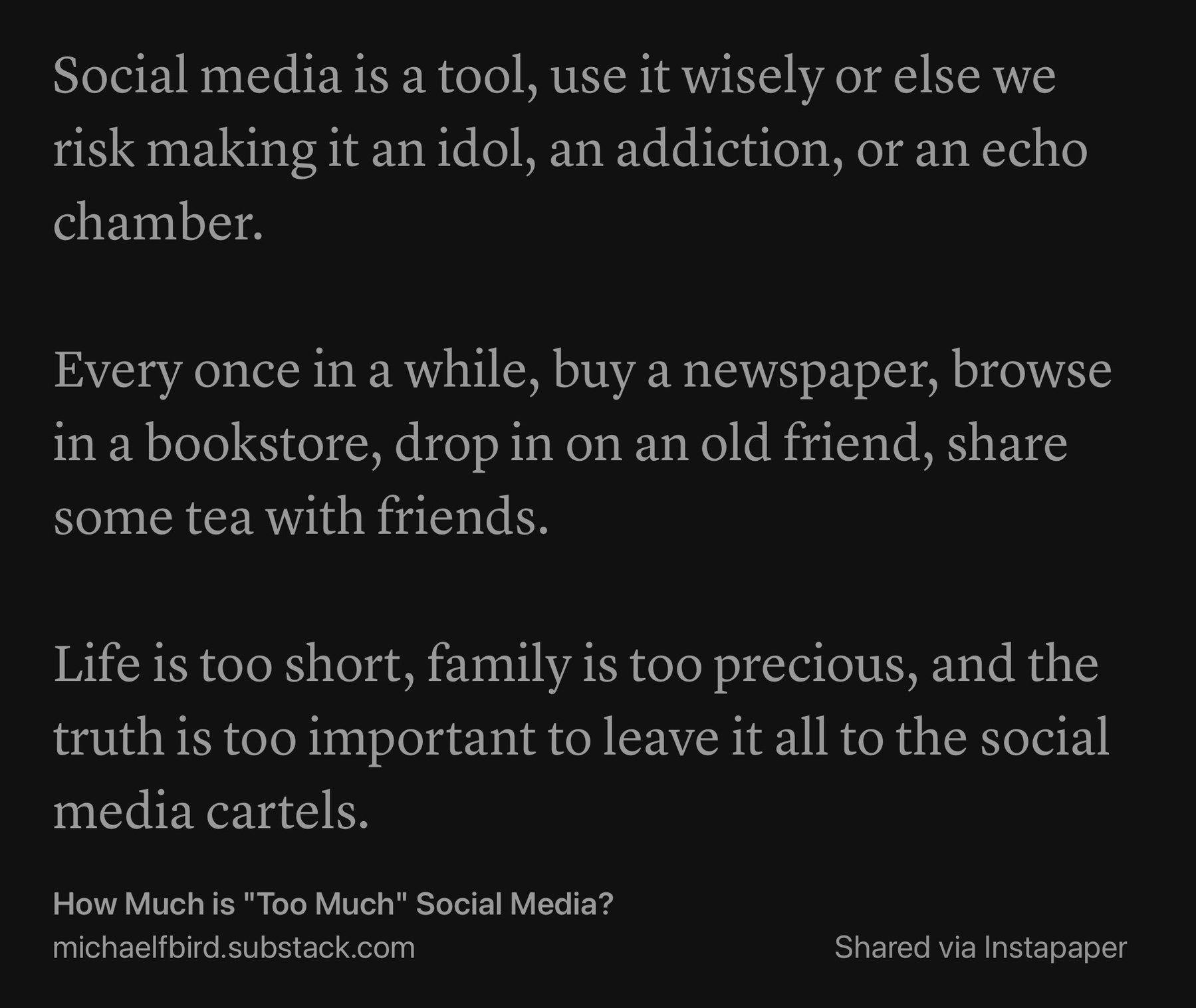 I read this book years ago on kindle but Readwise surfaced this quote yesterday. I hope it inspires you. 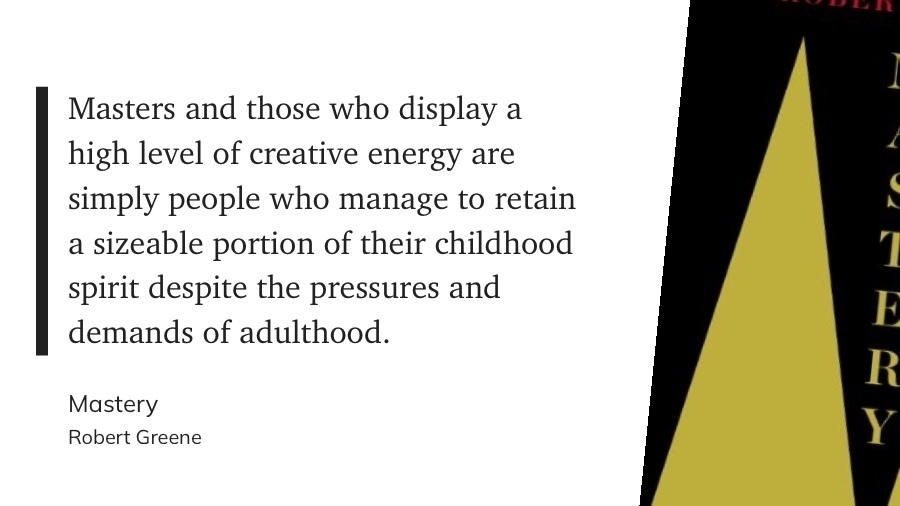 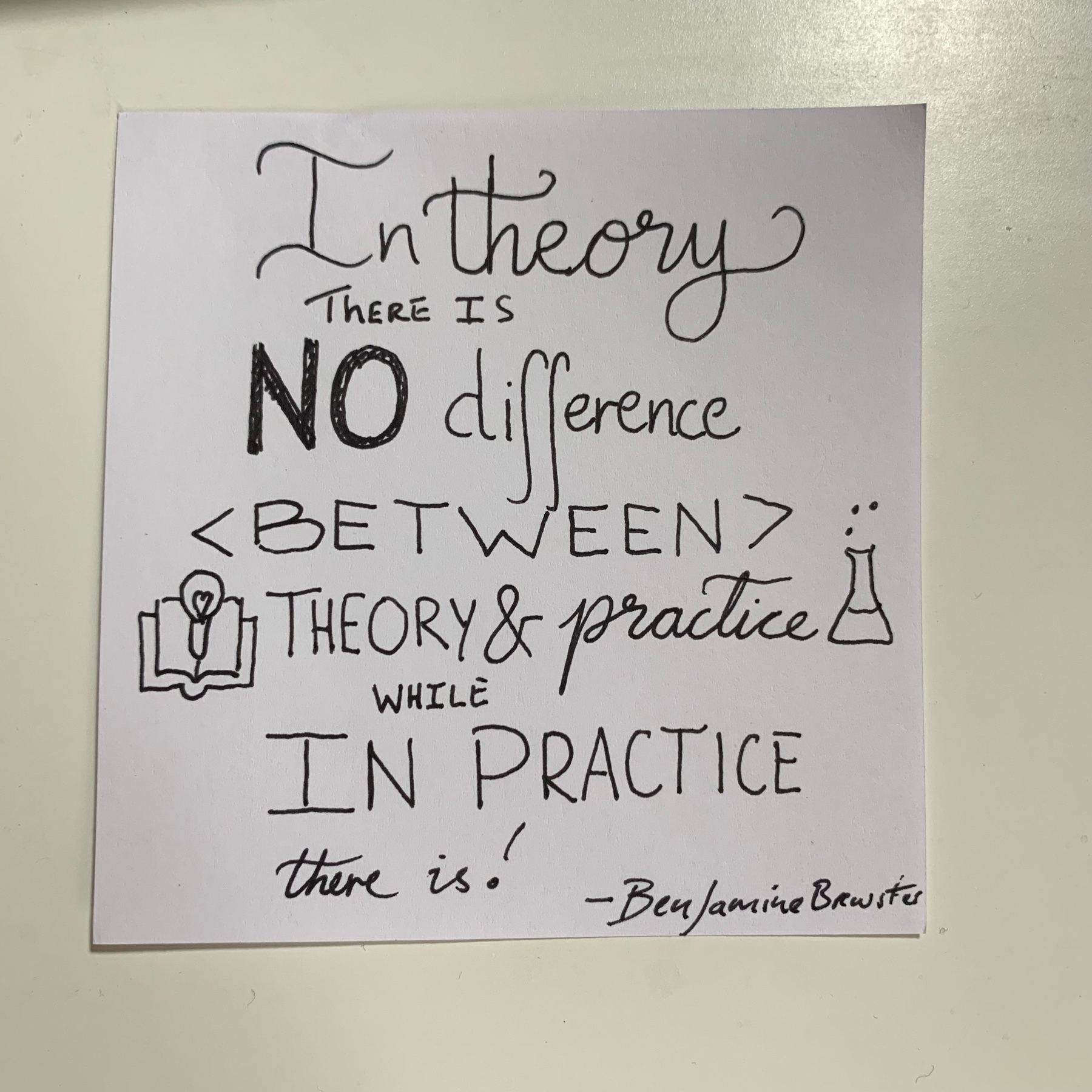 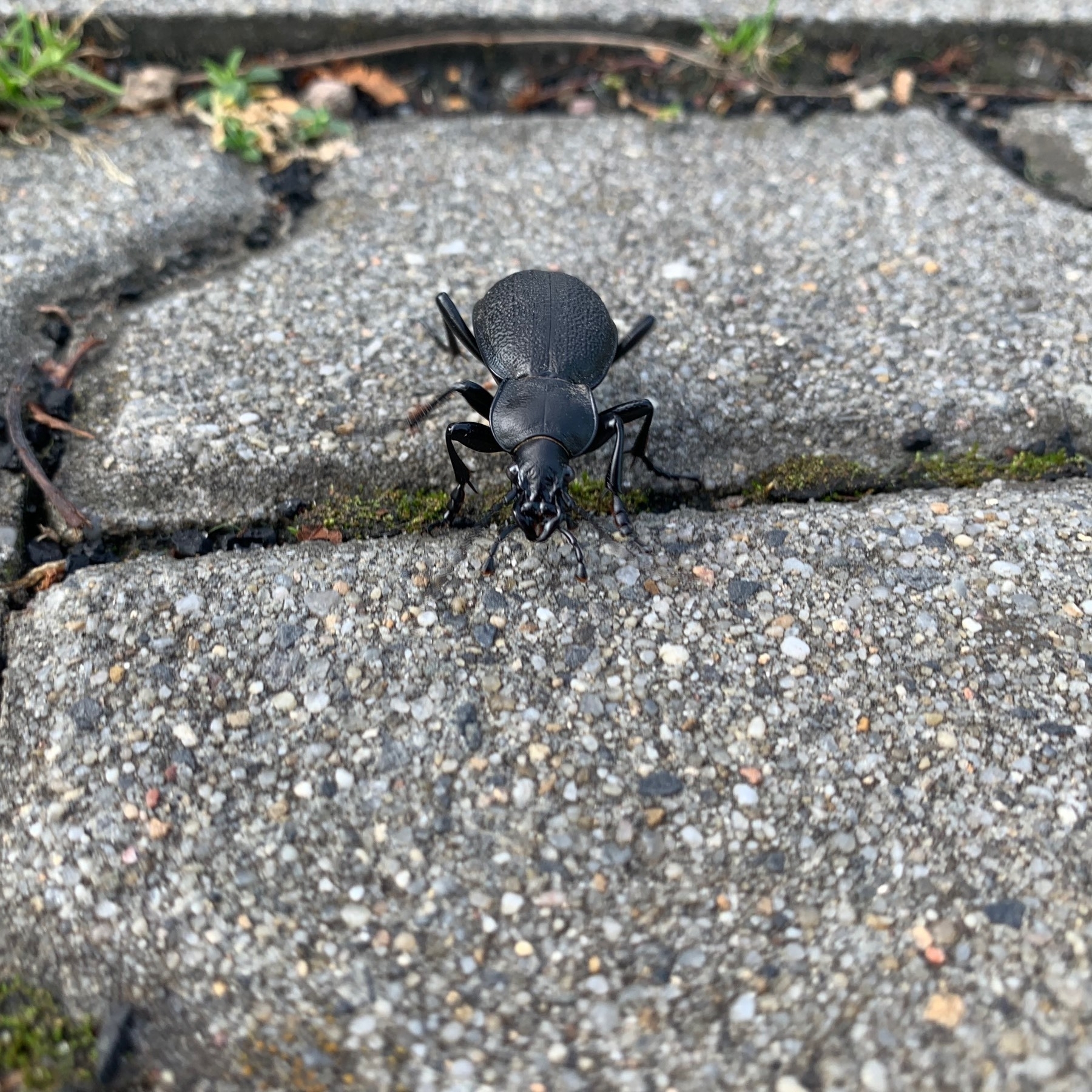 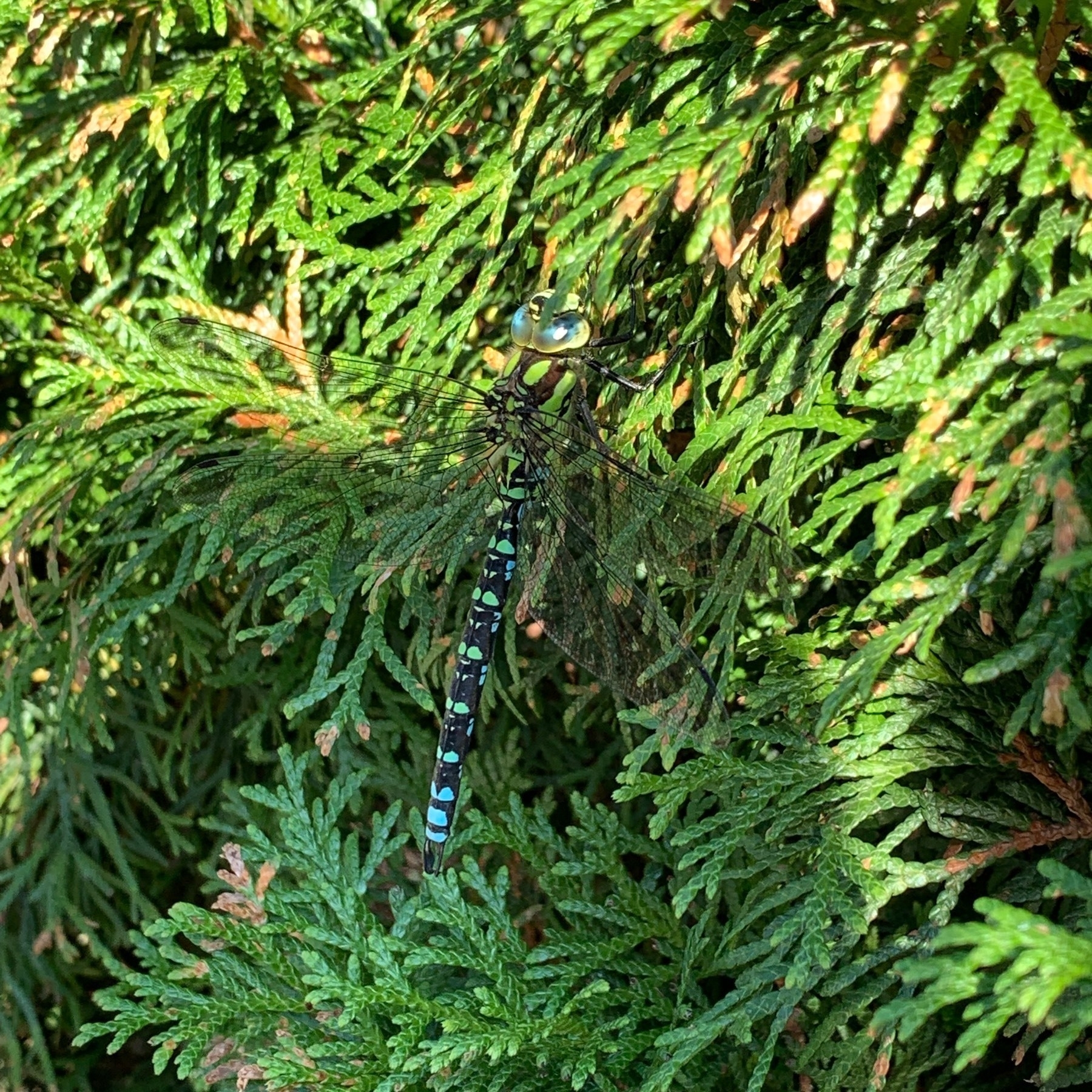 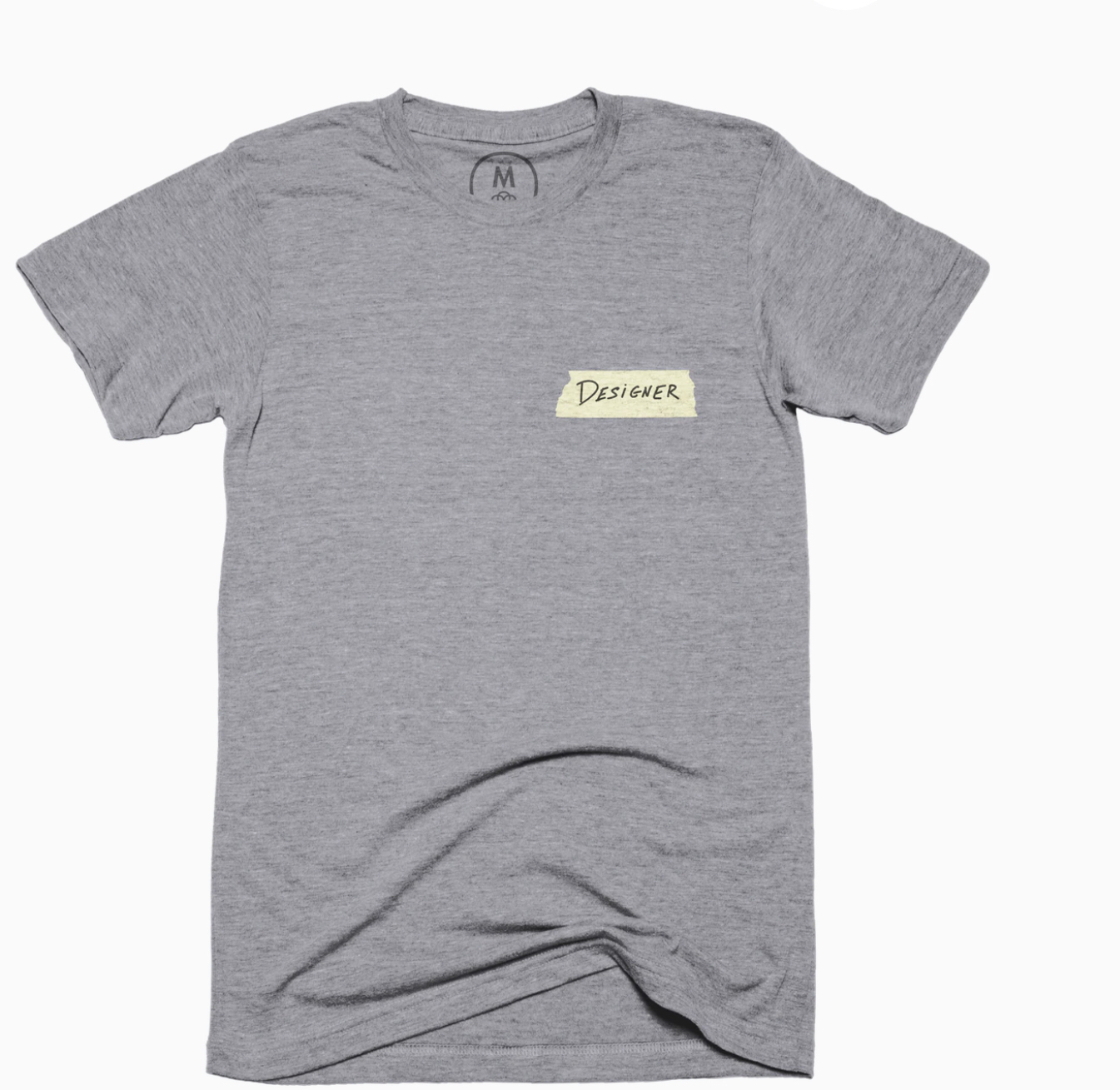 I working on an article laying out my learning stack. Here’s a WIP draft of an image showing the tools I use. 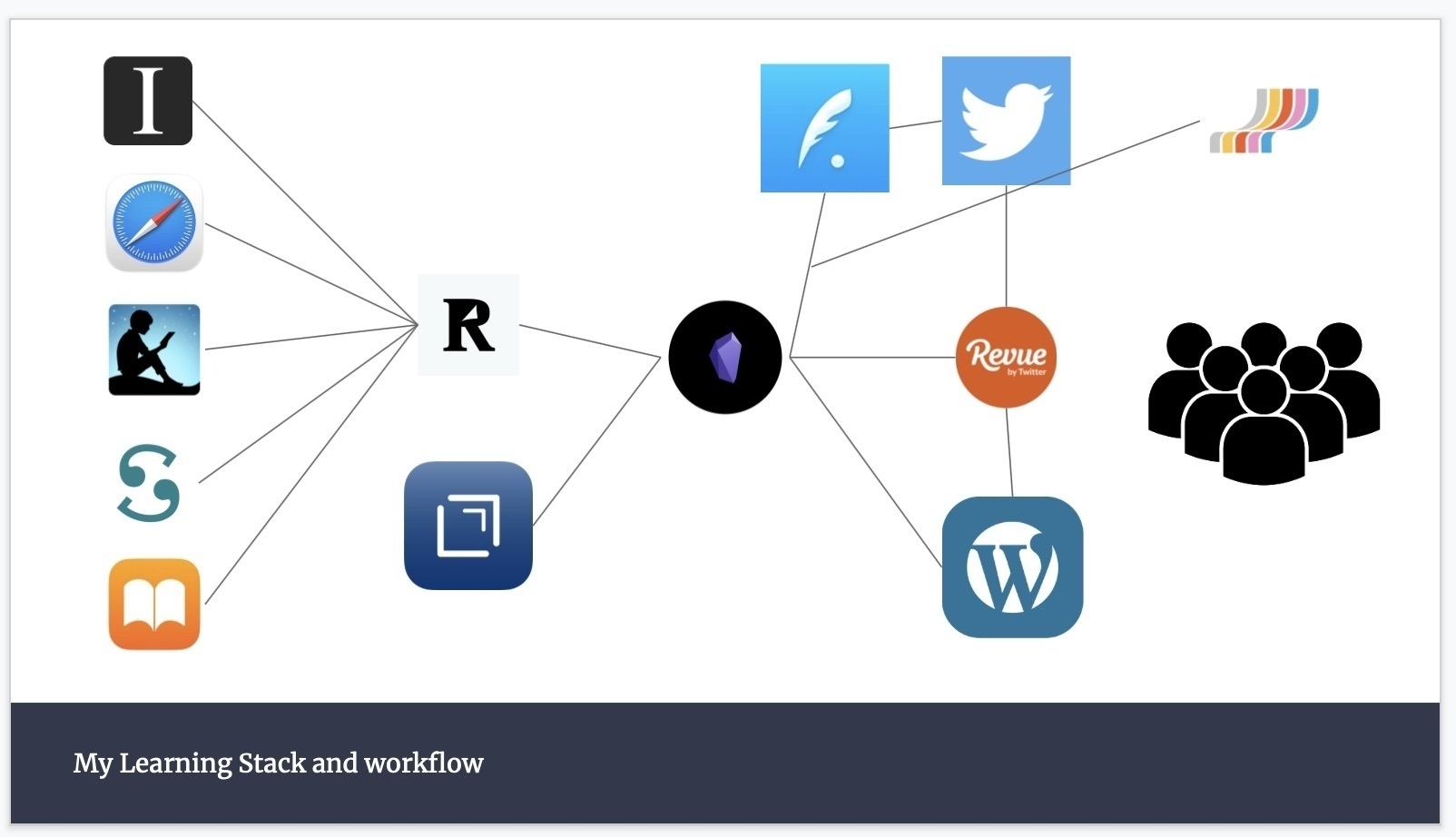 More of this tech companies! A thought from working on my evergreen motivation note. 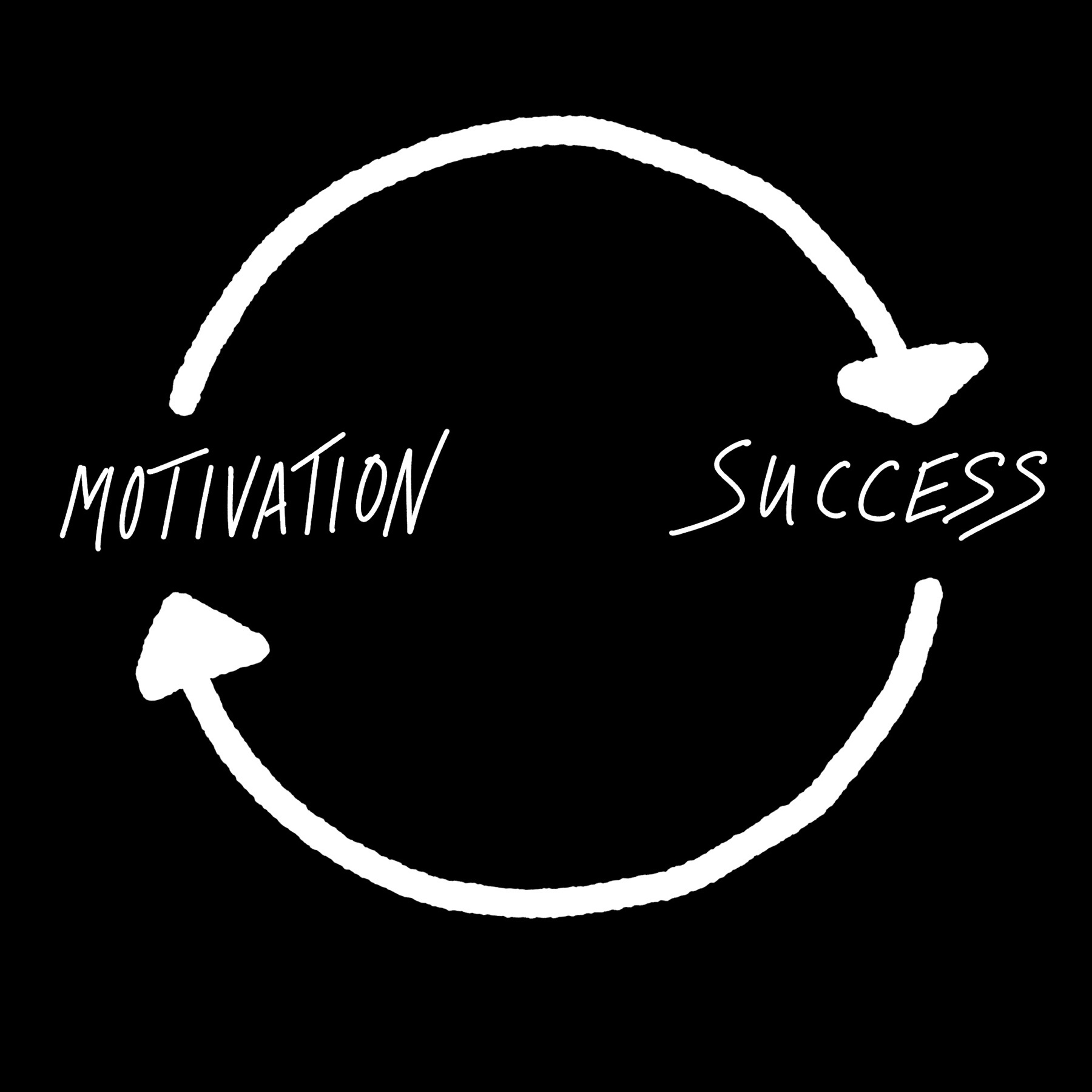 Todays feels… (Oh hey Chris! When was the last time you publish a long form blog post. SHUT UP BRAIN!)